Puppy Not a Stuffy

Get your copy of the online dog training course today! 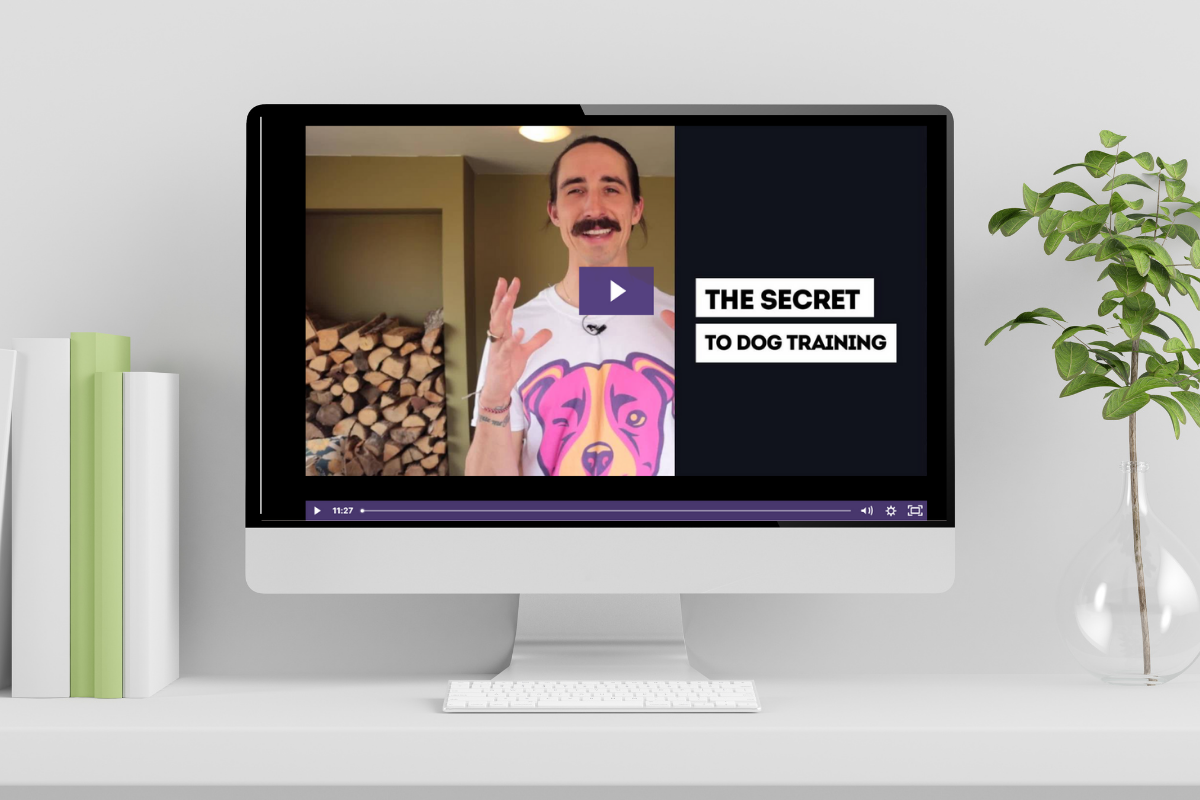 It's Jam-Packed with Free Tips and Strategies to Manage and Even Fix Separation Anxiety!

Alright, so a lot of people... it's come to my attention, I didn't even know that this was the thing is: that parents are getting their dogs for their kids for their young kids like, whatever under 10, or any age as a stuffed animals... like in the replacement of a stuffed animal.

Now, hear me out. So the idea here is that, and maybe you're doing this, maybe you're just like, Oh, yeah, that's, that's what I did. It's not a good idea. Puppies never look at kids as the way they look at you, you act differently, you're taller, you're bigger and your energy is not erratic, your energy is not "Blahhh!" one minute and then crying the next and falling down and chasing them and puppies look at kids as other puppies, and so they don't take them seriously.

Puppies Look at Kids as Other Puppies

You want to be really careful how you discipline your puppy around your kids, because then your kids go around and are hollering at they hollering at the pub or whatever, however you're doing it, you know, don't rub their nose in it and all that stuff. And any form of discipline, I really try to, like, if I do need to raise my voice, if I am going to spray water, if I'm going to do some sort of negative reinforcement, I.. I... almost try to hide my kids from that, because they'll just repeat what we do. Right. And I The last thing I need is, you know, because a puppy is gonna grow exponentially, is you know, my four year old hollering are in the face or spraying, you know, grabbing something, and you know, they don't use the water bottle, they take a cup of coffee off the counter. And there's a lot of things that can go wrong.

Your Puppy is Not a Stuffed Animal for Your Child

So what I'm saying is, if your expectation for your puppy is to be like a stuffed animal for your child, it's a bad idea. Do it if you're going to do it, but it's a bad idea. This dimple, this one right here, five years old, but in the face. Right here. We had lasa apso. So I guess I should leave out the breeds. But anyway, I already said it. I went under, it's often worse with small dogs because they're intimidated. Although the dalmation wasn't that small, separate story. But I've been bitten multiple times as a child by family pets.

Raising Animals Transforms Your Child into an Empathetic Human

The dog was hiding under the furniture and I and I was like (annoying kid noises), "I'm coming in for you"... boom bit right in the chin. Having your child hold the animal and treat the animal like a stuffed animal... give them a stuffy, give them a stuffy Now there are a ton of studies with children (helping with) raising animals and it transforms your child into an empathetic human, which everybody wants. A human, an adult that is caring and loving and considerate.

But here's how that transformation happens is you give your child responsibility. You will walk the dog, you will feed the dog, you will clean up after the dog you will (etc)... with supervision. Now you're not going to do that with a four year old, right? The four year old can help train the puppy or the rescue dog by throwing food. By talking and asking and really you're in the background, you've already taught the dog to sit, you've already taught the dog to lay down. So you're giving the dog the visual commands of like, this means sit, this means lay down, this means Macarena, whatever, right?

Guide Your Child to Be Responsible, but You Will Do 95% of the Work

So, if you've got your dog for your child... expect to do (yourself) 95% of the work and just guide them (the child) through that process. They're not a stuffed animal.

This is a living being and maybe you decide in a short period time this isn't for us. We actually should have just got you know, some Beanie Babies or something. That's okay too. There's a lot of rescues and people out there that are looking for dogs, especially right now.

Especially always, but yeah. Know that your loved... I say this with love. We want to be respectful of the puppy or the rescue dog that they are their own creature and that they need personal space as well.

Okay, see in the next one. Bye, meow.

A lot of puppies will do submissive peeing. And it's simply because END_OF_DOCUMENT_TOKEN_TO_BE_REPLACED

Puppy Not a Stuffy

Bonjour, again! Alright, so a lot of people... it's come to my attention, END_OF_DOCUMENT_TOKEN_TO_BE_REPLACED

Watch the Video
Puppy Not a Stuffy

Okay, so house training,I get calls all the time from people that END_OF_DOCUMENT_TOKEN_TO_BE_REPLACED

Check your email inbox after sign up.
The webinar link will be in your email.

Please log in again. The login page will open in a new tab. After logging in you can close it and return to this page.

We use cookies on our website to give you the most relevant experience by remembering your preferences and repeat visits. By clicking “Accept”, you consent to the use of ALL the cookies.
Cookie settingsACCEPT
Manage consent

This website uses cookies to improve your experience while you navigate through the website. Out of these, the cookies that are categorized as necessary are stored on your browser as they are essential for the working of basic functionalities of the website. We also use third-party cookies that help us analyze and understand how you use this website. These cookies will be stored in your browser only with your consent. You also have the option to opt-out of these cookies. But opting out of some of these cookies may affect your browsing experience.
Necessary Always Enabled
Necessary cookies are absolutely essential for the website to function properly. These cookies ensure basic functionalities and security features of the website, anonymously.
Functional
Functional cookies help to perform certain functionalities like sharing the content of the website on social media platforms, collect feedbacks, and other third-party features.
Performance
Performance cookies are used to understand and analyze the key performance indexes of the website which helps in delivering a better user experience for the visitors.
Analytics
Analytical cookies are used to understand how visitors interact with the website. These cookies help provide information on metrics the number of visitors, bounce rate, traffic source, etc.
Advertisement
Advertisement cookies are used to provide visitors with relevant ads and marketing campaigns. These cookies track visitors across websites and collect information to provide customized ads.
Others
Other uncategorized cookies are those that are being analyzed and have not been classified into a category as yet.
SAVE & ACCEPT

You can Watch the Free Separation Anxiety Webinar right Meow! ... or later

Check your email inbox after sign up.
The webinar link will be in your email.